A performance poet and his partner go to the Bass Hill drive-in and are watched by Brian Henderson on the big screen. A series that looks at the slow death of egalitarian Australia. A society changing into an economy in which new wealth-driven divisions are widening the gap between rich and poor. Focuses on performer and composer, Tassos Ioannides, an ethnic artist, who faces prejudice, stereotyping and isolation in an Anglo-Australian environment.

Explores the issues of identity, racism and homeland through the lives of three Australian born Jewish sisters and their children. 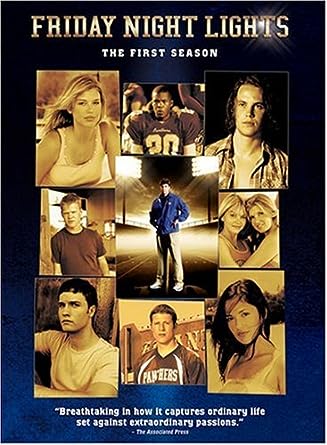 It reveals the different ways in which people find a sense of self and belonging. Two silversmiths, a husband and wife. Like a majority of Australians, they migrated to Australia from a different country, from a different culture. In Australia their craft has acquired a different style, developed a new identity and skill. The creations have been inspired by the life of the Australian bush, that vast mysterious expanse of wilderness that spreads across the continent.

This is the tale of a country as narrated by two of its crafts people. The film highlights the role of community dance in building a sense of self and belonging and in doing so unravels perceived notions of dance as art form. It focuses on the career and philosophy of Ronaldo Cameron who died recently at the age of 42, from an illness brought about by motor neurone disease.

One of a six-part series looking at the life of women, produced by members of the Asian Broadcasting Union.

This episode shows women living in the Australian Outback. Robyn and Kevin Ingram are sheep farmers who lead a self- sufficient lifestyle. Robyn combines the roles of farmer, wife, butcher, cook and hostess. The series profiles providors and food producers, cutting edge city restaurants and much-loved family-run suburban eateries, as we journey across Australia seeking out and discovering wonderful tales and characters in the food industry.

We explore the various cultures and cuisines Australia is fortunate to have on its doorstep. From the dusty heat of the Australian outback, to the lushness of leafy northern New South Wales, from the rugged regional centres in Australia, to the picturesque countryside in New Zealand, Adam shares his passion for all things food and travel.

Scandinavia is the hottest place in the food world right now and the must-visit destination for food lovers. This six episode series will sample the culinary delights of Norway, Denmark, Sweden and Finland. Host Adam Liaw will cook classic Scandinavian dishes, learn traditional cooking methods and also provide his own spin on the central themes found throughout Scandinavian food.

The latest culinary series of Destination Flavour sees Adam Liaw travel to the small island nation of Singapore. Watch as Adam goes on a journey of food, culture and family discovery like no other, travelling across the length and breadth of this Asian food mecca.

In just six weeks Adam sets a challenge for himself - create a Salute to Singapore banquet dinner for some of the country's top food identities, a five-course reflection of the tastes, sights and sounds he finds along the way. This documentary follows the progress of two people, Karin and Habib through their rehabilitation process. A series of programs dealing in dramatic and documentary form with issues relevant to people of non-English speaking background in workplace environments. Language used is controlled to enable use of programs in English Language instruction classes, and broadcast.

An engaging eight-part documentary series that explores how 16 culturally diverse couples cope with their 'big day'. As the melting pot bubbles away, many more Australians are choosing to marry outside their ethnic background and customs. Family and culture are becoming entwined as people fall in love. Wedding customs are as mixed as our cultural makeup. At no other time are cultural traditions celebrated with such passion. While a wedding is a milestone for the bride and groom, it also provides a context in which their families and communities can share in celebrations.

Examines the synthesis of one medium - drawing - into another.


It focuses on the work of tattoo artist Ex De Medici, whose adornments of living canvasses stems from a perplexity with the transcience and impermanence in other mediums. She discusses the collaborative nature of her art - the notion of a live canvas as opposed to a passive one - and reveals the one word a tattoo artist must never say! The story of two brothers growing up in a mixed race family. Their father is Chinese born and their mother Australian born.

Looks at the relationships of the extended family, both Chinese and Australian; plus a trip to the drought stricken outback, to the Aussie farming friends. An expedition into the Australian food scene; a showcase for the rich food heritage of Australia; the people, the places, the stories and the tastes. This is not a cooking show, it looks at food as culture. TV food experts Joanna Savill and Maeve O'Meara show us why Australia is making waves as one of the world's most exciting and diverse culinary destinations. In each episode the pair travel around the country to meet a fascinating collection of people — cooks and chefs, growers and producers, purveyors and providores Maeve O'Meara and Joanna Savill explore and indulge in a glorious feast of Australian produce that is a tribute to the inspiring people who grow it, cook it and share it.

In each episode the pair travel around the country to meet a fascinating collection of people — cooks and chefs, growers and producers, purveyors and providores, from the most varied cultural backgrounds, but united in passion for their craft. The Filipina women who come to marry and live in Australia are a misunderstood and often maligned group who are looking for a better life for themselves and their families. A profile of five women who have settled with Australian husbands in the Northern Territory. Programs feature politics, humour, cuisine and traditions. Shot, scripted and presented with a touch of wit and irony.


The contrasts between the lifestyles of the rich and poor, the role of women, the effect of tourism on the environment, he visits food markets and samples local cuisine and examines the emergence of a modern Asia, in a part of the world which traditionally clings to its strong links with the past. Jump aboard as Pria Viswalingam takes his own quirky ride around this most famous of seas. The story of two elderly gentlemen living in Sydney.

One is going through rehabilitation in a Sydney hospital so that he can return to his home and be relatively independent. The other is a fit old ballroom dancer who uses his experience of rehabilitation to encourage and be an example to others. The program uses the analogy of recycling rubbish. At An intimate study of some of those people who survived and are now trying to put their lives back together. New sports, causes, diseases — including AIDS, and new medical technology. Examines these changes in contemporary Australian society.

A documentary dealing with the concerns of women in the workforce and the increasing levels of stress to which they are subjected as they carry the double burden of work and housework. A young Italian boy who is a passionate practical joker becomes the butt of one of his own jokes. In a fun and educational adventure story we follow Melissa from the city to the outback where she discovers the didgeridoo. Meet Indigenous and non-Indigenous locals, wander through the mall with international shoppers, learn how to make and play your own didgeridoo.

Set to an Australian soundtrack, this film explores how the didgeridoo is spreading from its Aboriginal roots in Arnhem Land to the rest of the globe where it continues to inspire people in new ways. IF ONLY is a documentary magazine series about something we've all thought about at one point in our lives, 'if only' we'd done or said something else, perhaps things would have turned out differently.

Featuring people telling their personal stories about an event or decision in their past that they now regret. The series achieves a unique intimacy by allowing people to tell their stories of regret without the use of a narrator and with the use of reenactments. The vast Australian outback is dotted by hundreds of small towns. Sometimes they are marked only by a petrol station or fast-food cafe. To the car speeding by, there is nothing there. When one looks deeper, one discovers a network of people, each dependent upon the other.

The many sheep stations, the general store, the post office, school, petrol station, church, and the RSL Club. This program looks at these people. For six years photographer Effy Alexakis and writer Leonard Janiszewski have been travelling the country documenting the experience of Greek-Australians for a book due out next year.

Filmmaker Michael Karris accompanied them on a trip around New South Wales and Tasmania and has produced a lyrical evocation of their passionate quest. A black perspective on substance abuse in the Aboriginal community by following the lives of three people and the circumstances that led them to addiction. It also gives an insight into the Koorie community and how they cope and overcome problems in their own way. Margaret was fascinated by the prospect of presenting a series on Australian life-term prisoners showing an insight into society's transgressors, not to alienate, not to excuse, but to illuminate and humanise.

After more than a year of research, and negotiations with NSW Corrective Services, we have our first 'lifer' on tape. He is Bobby Veen, an Aboriginal who has been incarcerated for 22 years of his year life.